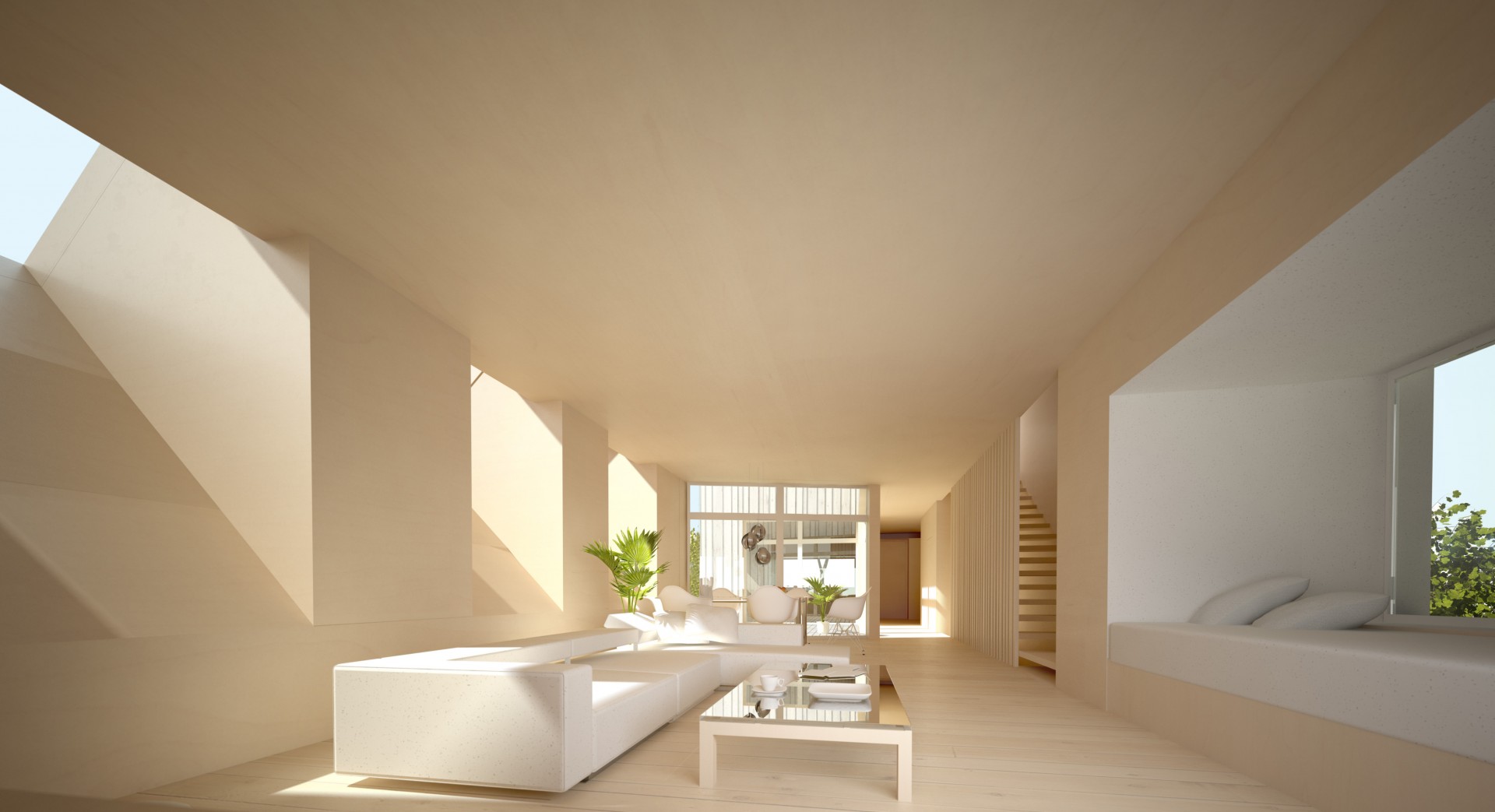 In the run-up to the Copenhagen Climate Conference, VELUX Austria is to erect Austria's first ever carbon-neutral single-family house under the name of Sunlighthouse.

According to an EU survey, buildings are responsible for 40% of energy consumption. The construction and running of buildings, therefore, play an important part in climate protection. What is equally important is creating living environments that are healthy for people to live in. Europeans, after all, spend 90% of their time indoors.

In its drive towards sustainable living, the VELUX Group has launched a unique initiative: as part of the Model Home2020 project, VELUX will be erecting six buildings in five European countries, with each building being the expression of a holistic view of sustainable living and uniting the following aspects:
- Energy efficiency and CO2 reduction
- Healthy indoor climate
- Renewable energy

Austrian model for the future
The Austrian project, called Sunlighthouse, will be built in the town of Pressbaum to the west of Vienna. A plot was chosen that, although attractive on account of its rural setting and view of the Wienerwaldsee, faces to the south-east. Its steep slopes and the shadows cast by the nearby forest have proven a real challenge for the architect. 'We intentionally chose a plot which was difficult to build on,' says Walter. 'The idea is to demonstrate that carbon-neutral construction is also possible under difficult conditions.'
The plans for the single-family dwelling were drawn by the Vorarlberg architect duo Hein-Troy, who were selected as the winners of a contest by a high-profile jury under the leadership of Professor Walter Unterrainer.

The entire project, from the planning phase all the way to its subsequent monitoring, is receiving scientific support from Danube University Krems and the Austrian Institute for Healthy and Ecological Building (IBO). All calculations relating to the energy balance and CO2 compensation have been undertaken by these two scientific project partners.

The house in detail
Juri Troy's architectural design responded perfectly to the peculiarities of the plot. Shadows cast by the nearby mountain have been countered in the living room by elevated skylights in the roof, which allow light to fall into the depths of the room.

The kitchen and eating area are gathered around a protected, south-west-facing space. Windows – both the skylights and the vertical glazing – are strategically positioned so as to provide a particular view out while maximising passive solar energy gains, while also emphasising the character of the house.

All of these measures combined make for an unusually high proportion of daylight.

Other features contributing towards a positive energy balance include a brine minimal heat pump for heating, solar collectors for the production of hot water, a photovoltaic system, and highly energy-efficient household electrical fittings.

All of these factors mean that the Sunlighthouse will have generated as much clean energy (by means of photovoltaics and solar heat) in 30 years time as has been created in terms of CO2 emissions up until that point by its construction and operation.

About Model Home 2020
Model Home 2020 is an experiment launched by VELUX as part of our strategy to take an active part in developing sustainable buildings for the future. It is our vision of how future buildings can be both climate-neutral and comfortable and attractive places to live in through daylight and fresh air. The project is in full accordance with the next generation of design principles frequently referred to as "active house". The objective is to achieve a balance between energy efficiency and optimal indoor climate with a building that dynamically adjusts to its surroundings and yet is climate-neutral.

'Model Home 2020 comprises six demonstration projects. They are six of eight projects financed by VKR Holding A/S the owner of VELFAC A/S, VELUX A/S, Sonnenkraft, WindowMaster and several other companies in the building sector.'The two demo projects in Denmark are built as a partnership between VELUX and VELFAC.

In VELUX we believe that one experiment is better than a thousand expert views. Each building must reflect and respond to the different climatic, cultural and architectural conditions of the countries in which they are built. The houses will be open to the public for 6-12 months after completion and then sold. Each house will be monitored during occupancy to learn how the experiments turn out in real-life conditions. The two buildings in Denmark, Home for Life and Green Lighthouse (in Aarhus and Copenhagen) are finished, those in the UK, Austria, Germany and France will follow in 2010.