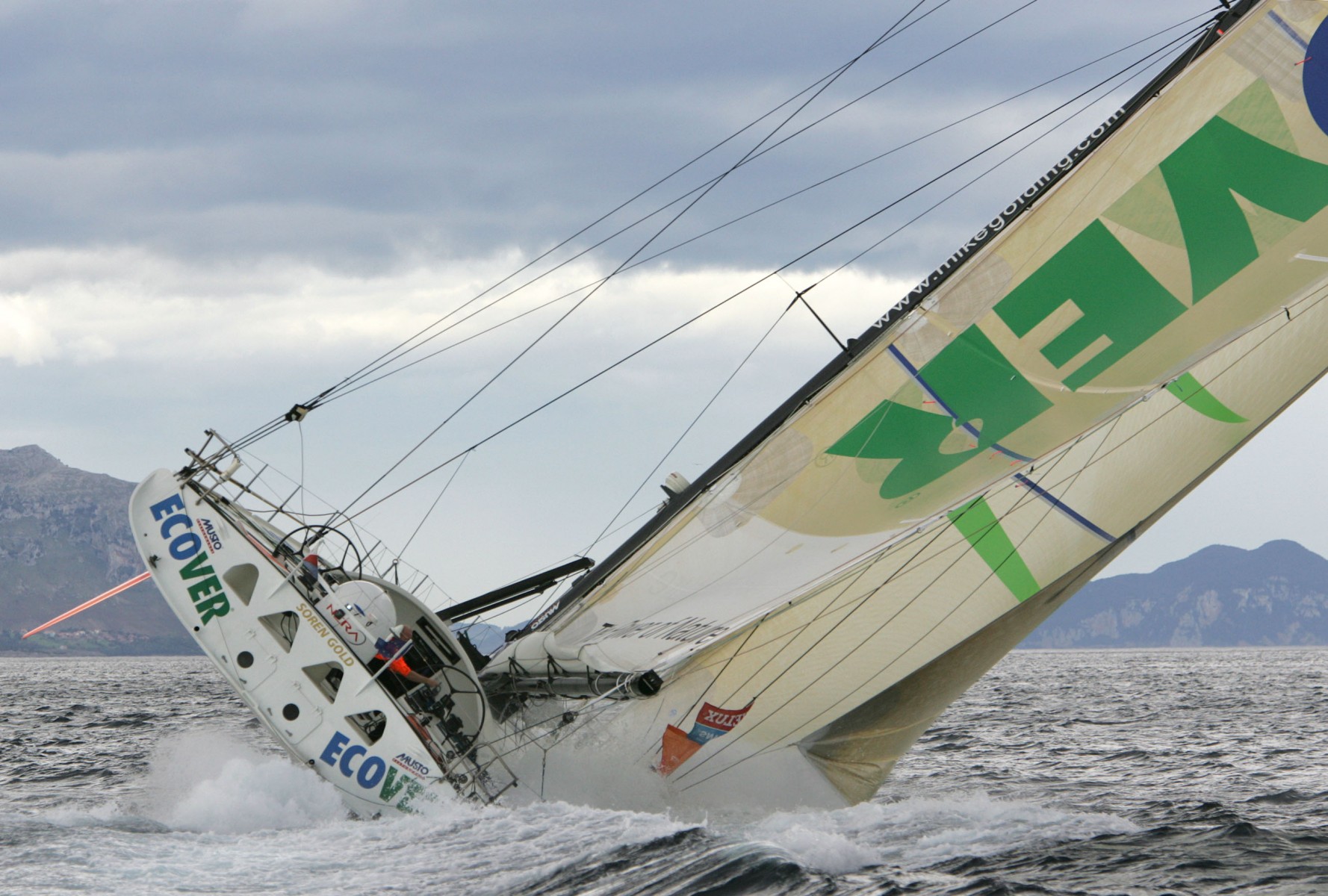 Today, six brave skippers set out from Port Getxo in Bilbao in their beautiful Formula-1 racing yachts for the start of VELUX 5 OCEANS.

The first skipper to reach Bilbao again, about seven months from now, will be honoured as the winner of the prestigious solo round-the-world race.

Port Getxo in Bilbao provided a spectacular scenery for today's start of VELUX 5 OCEANS. Hundreds of spectators came to bid the courageous skippers farewell as they set out to face the ordeals of the five oceans. The Bishop of Bilbao, Ricardo Blázquez Pérez, came to the Getxo harbour for the ritual blessing of boats and skippers.

- The port of Getxo and the beautiful location of Bilbao and the fantastic facilities of the city makes this place the perfect venue for the VELUX 5 OCEANS race start. Being at the harbour of Getxo, seeing the yachts and meeting the skippers personally has given us an excellent impression of the extreme challenges facing these yachtsmen. It's obvious to us all that they are men of a very different fibre, says Michael K. Rasmussen, VELUX A/S Marketing Director.

VELUX window to each skipper
As promised when VELUX announced the title sponsorship of VELUX 5 OCEANS in September 2005, each of the skippers at the starting line will receive the new state-of-the art VELUX GGL/GGU INTEGRA® window to honour their courageous participation in the race.

- We consider the race a perfect match for our VELUX core values. The challenges facing the skippers and their boats remind us of the requirements to our products; therefore, we found it appropriate to mark the race start by giving each skipper one of our new INTEGRA® windows. This all-in-one electrically operable window is constructed according to the qualities of strength and endurance, and is facing up to the challenge even during extreme weather conditions – just like the skippers, says Michael K. Rasmussen, VELUX A/S Marketing Director.

After the skippers said their final goodbyes to their families and friends on the quays, they went aboard not to set foot on land until they reach Fremantle, Australia, a couple of weeks from now. The skippers were sailed outside the harbour to their yachts, which were moored at the starting line ready for the traditional presentation of sails. Seeing the beautiful yachts at full sails pass by the harbour, the spectators began to feel the magnitude of the event, and the stories of the sailing legends suddenly became very present.

When the signal sounded for the race start, the eight brave circumnavigators followed by a large number of private boats passed the Getxo harbour one last time to receive the cheers of the crowd.

The toughest of the tough
The skippers competing in VELUX 5 OCEANS are an exceptional breed of men. The weather-beaten face of sailing legend Sir Knox-Johnston says it all. He was the first man ever to sail single-handed round the world non-stop. Now, at 67, he sets out to compete for the VELUX 5 OCEANS trophy.

VELUX 5 OCEANS is characterised as the ultimate solo challenge and the longest, toughest sporting event in the world calling for extraordinary stamina and endurance of the skippers.

- Today's race start was a beautiful and well-deserved farewell to the brave skippers of VELUX 5 OCEANS. Now they will race single-handed across five oceans, battling time and nature to secure a place in the exclusive company of solo circumnavigators, says David Stubley, Chairman of the VELUX 5 OCEANS Board and Director of Clipper Ventures plc.

With the start of VELUX 5 OCEANS 2006-2007, a new chapter in the adventures of solo round-the-world sailing has begun.