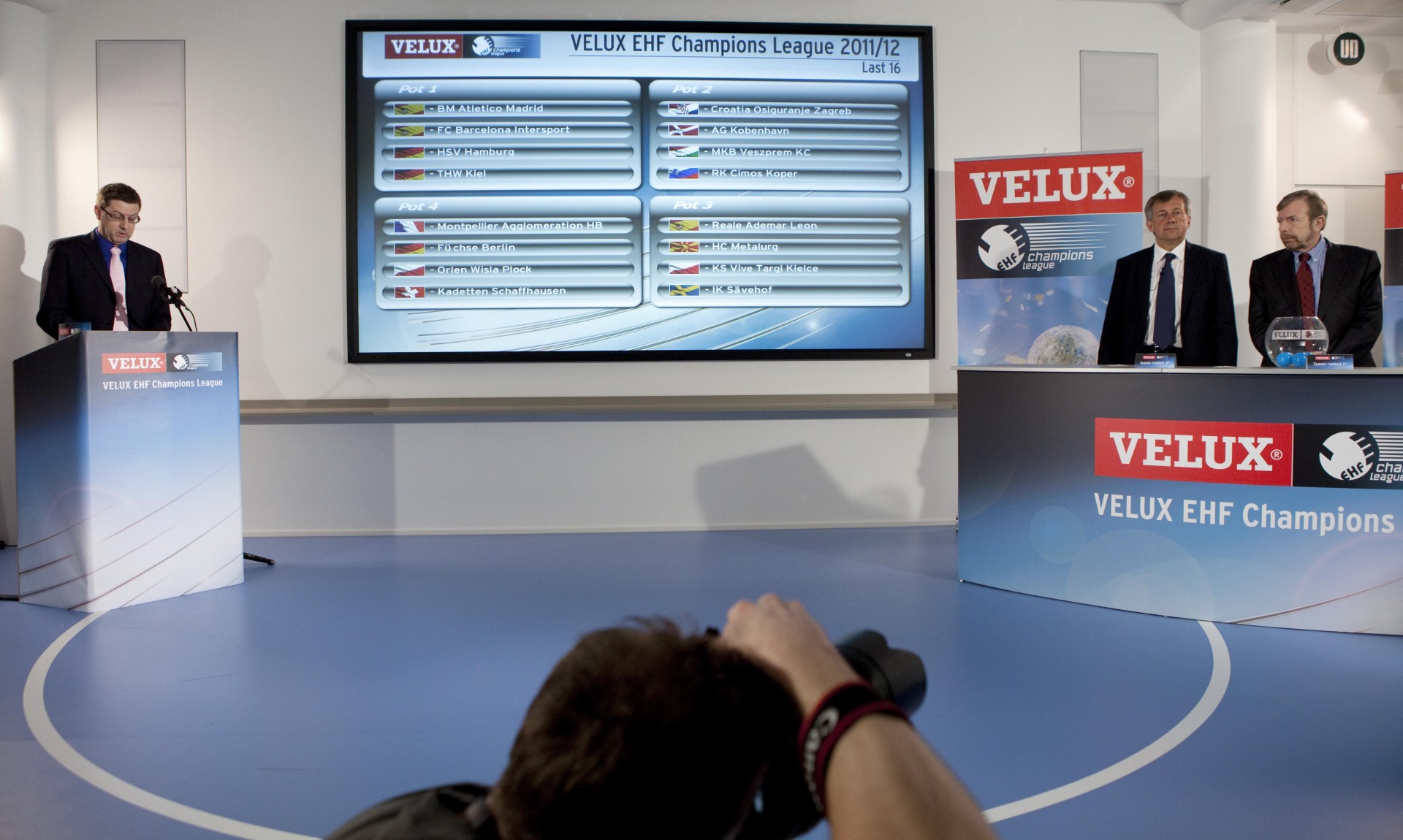 The result from the draw
Summary

Satisfied with the value of sponsoring VELUX EHF Champions League, the VELUX Group has extended the contract as title sponsor for another three years, making it a six-year commitment in all.

Contract signing
The result from the draw

As the leading club competition in Europe, VELUX EHF Champions League has proved to be an excellent match for the VELUX Group, which has sales companies throughout the continent. In 2010, the company signed a three-year contract with EHF Marketing, and so entered the competition as its first title sponsor ever for the men's handball Champions League. Now, halfway through its second season as title sponsor, the VELUX Group has signed up for another three years.

"By extending the contract, we are signalling our commitment to sponsoring as an important part of our marketing campaign. VELUX EHF Champions League is a very powerful platform, not only because of its thrilling nature but also because it reaches out to everybody, men and women, kids and grownups," says Michael Rasmussen, VELUX Group Director of Branding and Marketing.

He adds, "We are very happy with the concept of the competition. Our sponsorship is under continuous development and we think it has even more potential, which we will benefit from as we add activities and explore the concept in the coming years," says Michael Rasmussen.

Commenting on the deal, Tor Lian, EHF President, said: "The EHF, in particular through the hard work of EHF Marketing, has enjoyed a an extremely positive and rewarding cooperation with the VELUX Group, which has seen the continued development of the "Champion League" product on the international sports market. I am confident that this positive relationship will continue in the future.

"Peter Vargo, Managing Director of EHF Marketing GmbH, said: "I would like to thank the VELUX Group for their continued commitment to handball and to the VELUX EHF Champions League. The signing of a new three-year contract now, halfway through their second season as title sponsor, underlines both the success of our partnership and the strength of the brand we have developed.

"The VELUX Group's expectation of the sponsorship has been confirmed during the initial period of the contract. It has proved to be very attractive and easy for the sales companies in Europe to work with because of the geographical reach and frequency of matches. And VELUX employees have taken the sponsorship to heart.

"We have had only positive response, both internally and from the many guests who have shared an exciting and very entertaining afternoon with us in the handball arenas," says Michael Rasmussen.

During the first season 3,500 VELUX guests were invited to the matches. For the culmination in 2011, VELUX EHF FINAL4, the VELUX organisation invited no fewer than 650. For the end game in May in Cologne this year, even more VELUX guests will be present − about 800. Together with 20.000 fans in the Laxness Arena in Cologne, and over 300 million TV viewers throughout Europe, they are in for a thrilling handball weekend.