Study sheds new light on the impact of daylight on humans 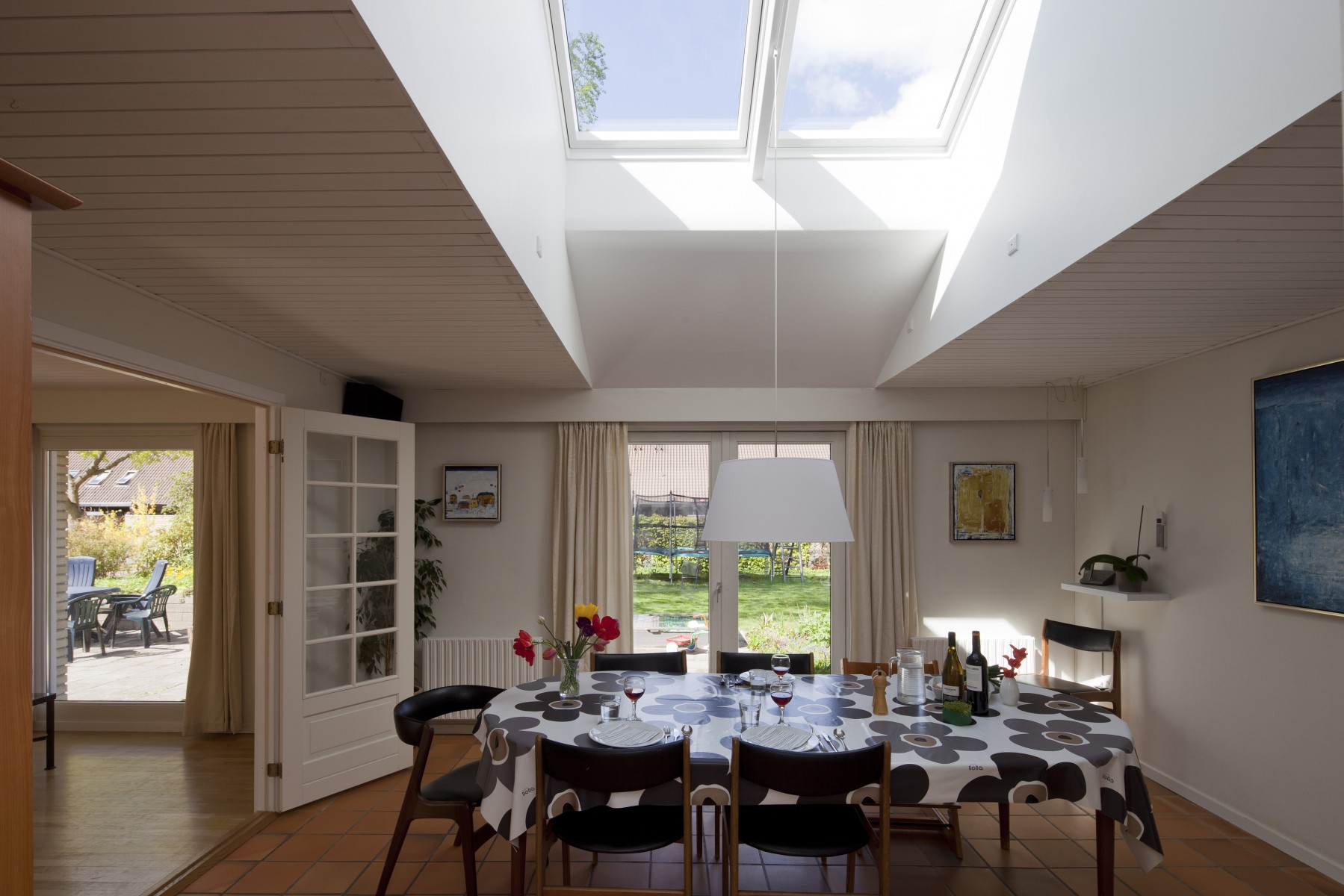 A new study shows that something as simple as installing new windows and bringing more daylight into our homes may have positive effects on our body clock and general health. What is more, the effect is shown to be significant throughout every European climate from the cold north to the sunny south and the distant east.

Daylight is known to influence our experience of space, our mood and feeling of comfort. However, large amounts of daylight in buildings may bring more benefits than making our homes look attractive and lighting up our mood. This has been brought to light in a new study by researchers from Loughborough University, École Polytechnique Fédérale de Lausanne and the VELUX Group.

The Daylighting, Artificial Lighting and Non-Visual Effects Study for Residential Buildings investigates the after-effects of a real-life renovation where eight new roof windows were installed in a typical four-person family house. It came as no surprise that the research showed that the level of daylight exposure was much greater and the need for artificial lighting was reduced − the real novelty of the study appeared in the evaluation of non-visual effects on human beings of the improved distribution of daylight in the rooms.

"The daily dose of light exposure for the average European is generally considered to be too low, which has a negative effect on our sleep quality and well-being. In our research building, the installation of windows increased the likelihood of positive non-visual effects by up to 55 %, which is a major and notable improvement," says Per Arnold Andersen, Head of the VELUX Knowledge Centre for daylight, energy and indoor climate.

Insomnia is believed to affect about a third of the general population. One way to improve the sleep-wake cycle of the human body is to ensure large amounts amount of daylight ex-posure in the morning and daytime, and to sleep in total darkness at night.

Impressive effects in every climate
The family house that was renovated is physically located in Denmark, but an advanced simulation framework made it possible for the researchers to evaluate results for seven ad-ditional European countries: Germany, Sweden, Poland, Italy, the UK, Russia and Spain. The research showed that, in spite of the different climate conditions, the likelihood for non-visual effects on humans after adding roof windows seemed to be significantly increased in all these countries.

"In our research, the addition of roof windows in all cases brought significantly more daylight to the eye and so increased the potential for the non-visual effects of light on the building occupants" says Professor John Mardaljevic. Apart from the non-visual effects on humans the increased daylight is also estimated to re-duce the need for artificial lighting by 16-20%, depending on the location and orientation of the house.

The study is based on a model derived by Professor Marilyne Andersen of EPFL in Switzerland. The model relies on photobiology literature to extract threshold light exposures at the eye for various moments of the day and, from there, an indication of how likely a given light exposure is to achieve non-visual effects such as alertness increase or circadian entrainment.

The simulation framework used in the study is developed by Professor John Mardaljevic of the School of Civil and Building Engineering at Loughborough University in UK.

The study is part of an ongoing program of research by Professor Marilyne Andersen at EPFL (to integrate dynamic aspects related to timing, history and spectrum of light exposure) and Professor John Mardaljevic at Loughborough (to extend the simulation capabilities) with the goal of providing a basis for the evaluation of the non-visual effects of daylight that could one day be incorporated in building standards and design guidelines.

Study sheds new light on the impact of daylight on humans

Urbantech: Start-ups and large corporations create results together
Winner of the Best Use of Natural Light Prize announced at World Architecture Festival 2021
The VELUX Group appoints Anders Götzsche as new CFO
The VELUX Group launches commitment to sustainable buildings and communities
Copenhagen Living Places
Business Leaders Show Commitment to Tackling the Dual Nature and Climate Crisis at a Future of Business Event Hosted by WWF CEE and The VELUX Group