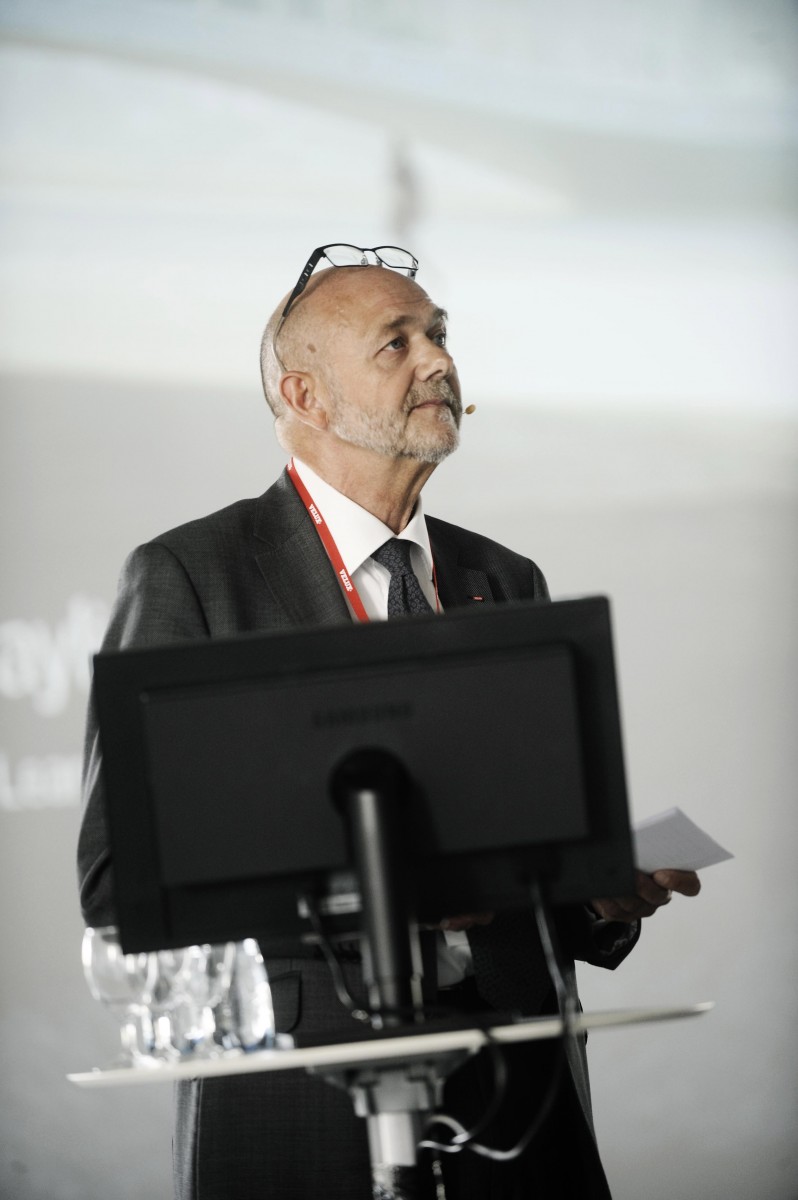 International experts assembled at the fourth VELUX Daylight Symposium in Lausanne on 3-5 May 2011 to discuss daylight in a human perspective. A clear relationship between the human health and well-being in buildings was made.

The challenge is now to link this knowledge to the design of buildings.

After two intense days debating daylight, a room full of more than 300 of the world's leading daylight experts concluded that there is a clear relation between human health and daylight in buildings. This happened on Thursday 5 May in Lausanne, Switzerland at the VELUX Group's fourth Daylight Symposium, entitled Daylight in a Human Perspective.

As the Symposium progressed over the two days it became evident that there is a clear correlation between daylight and human well-being. The real challenge, however, is to embed this knowledge in future building designs.

The Symposium provided a unique multidisciplinary view of daylight's effect on humans; from architects, engineers and lighting designers to neurologists, anthropologists and biologists.

"It is incredible how diverse the world of daylighting research and practice really is. With 27 presentations on daylight and its effect on humans over the last two days, I believe we are well on our way to producing a more complete picture" says Per Arnold Andersen, architect and Head of Daylight, Energy and Indoor Climate in the VELUX Group.

Focus on quality and deep relationship with daylight

The main topics from the speakers focussed on factors like the quality of daylight, its variability, spectrum and the necessity of being exposed to it, all of which play a role in our well-being.

Some experts drew daunting pictures of the health effects of daylight on humans – covering ages from babies to seniors, from healthy to handicapped and blind, and people with seasonal disorders. All conclusions point to the fact that daylight can help improve psychological and physical well-being and create a feeling of orientation with our surroundings and the weather conditions outside.

Others focussed on the human history of using daylight in buildings – from the Romans to the present day – providing examples and data of how daylight has been important for humans in buildings down the centuries.

Still others focussed on how the intuitive and deeply spiritual human relationship with daylight has shaped buildings and how we have used daylight in buildings. A further conclusion was that it is essential that this intrinsic human knowledge be transferred to future tools to integrate it into the design of buildings.

One important development is the very first European daylight standard, scheduled for publication in 2013, with a public commenting phase in the autumn of 2012. The aim of the standard is to prevent buildings with poor daylight being built.

Finally, some experts pointed to the fact that 95 per cent of the existing building mass will be what we have to live and work in the future, which is why it is important to consider the effects of daylight on humans in existing buildings as well.

"As a manufacturer of roof windows, we in the VELUX Group are closely involved with the design and construction of buildings. Six years ago we initiated these symposiums and can now see that we have embarked on a longer voyage than we imagined in the world of daylight in buildings. From discussing a common language between the multidisciplinary participants on the first Symposium, to now witnessing the flourishing development of the international daylighting community," says Per Arnold Andersen.

Leading up to the Daylight Symposium this year was a one-day Academic Forum attended by 30 PhD students from nine countries. They debated their projects and created the first ever network for PhDs on daylight. They will meet up again in the near future.

The Daylight Symposium is held every second year with the purpose of establishing an international platform for sharing knowledge, views and visions. It is a part of the VELUX Group's vision to take an active part in the continued debate among professions on the quality of daylight in our buildings. Read more at www.thedaylightsite.com