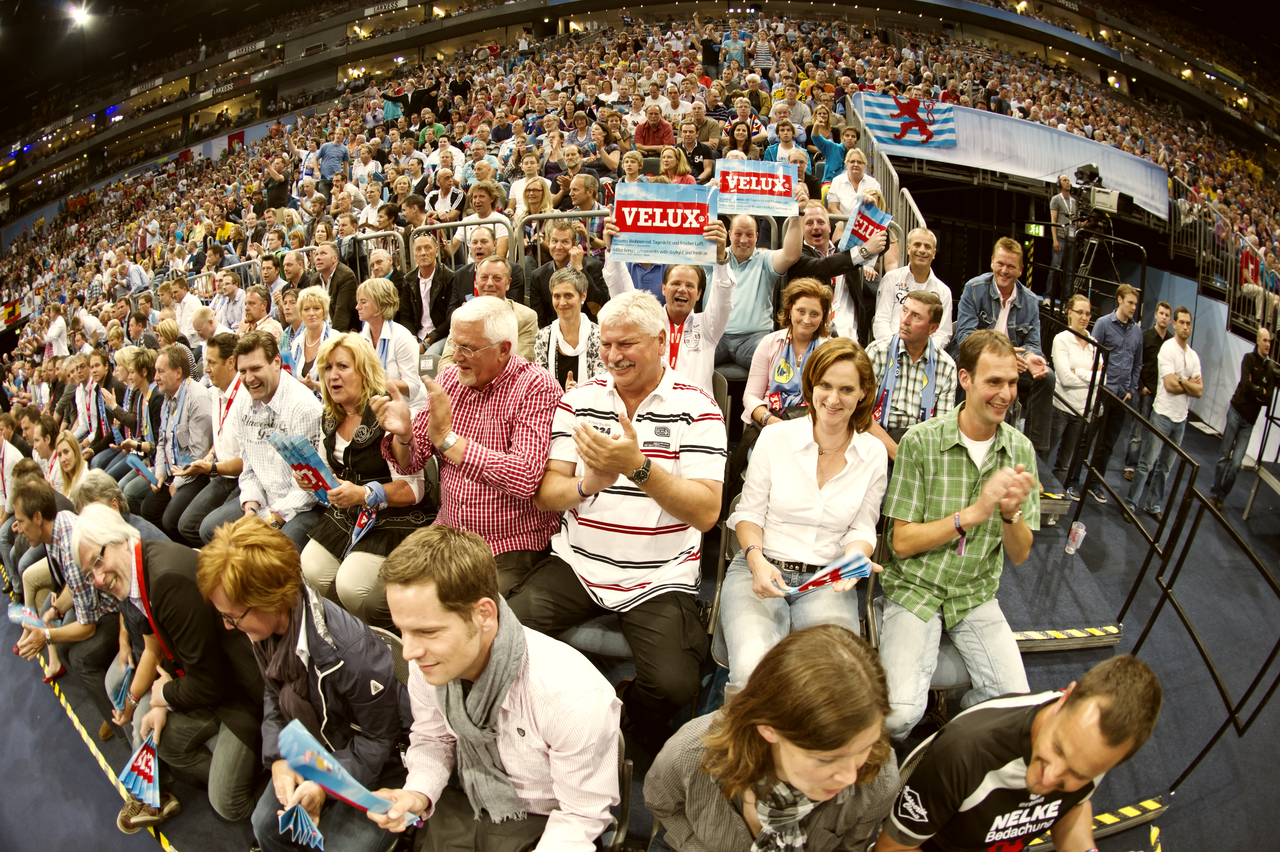 In this year's VELUX EHF Champions League, fan passion continues outside the arena. In addition to cheering for their favourite team throughout the matches of the season, fans can now show their support in the VELUX Handball Manager online game at handballenergy.com and help their fan club win up to 4,000 Euros.

The passionate fans of the 24 European handball clubs playing in this year's VELUX EHF Champions League now have the chance to show their favourite team even greater support than usual. By voting for their favourite team in the VELUX Handball Manager game at hand-ballenergy.com, they can help their team's official fan club win a big pile of money for or-ganising relevant fan activities.

4,000 Euros and great individual prizes at stake
To join the competition fans have to visit handballenergy.com and sign up for the free VELUX Handball Manager game. Here they can manage their own VELUX EHF Champions League team and compete against the more than 5,000 fans who have already signed up for the game to win exclusive individual prizes, such as two VIP tickets for the VELUX EHF FINAL4 of the 2014/15 season.

Once registered, supporters can vote and help their official fan club win the prize for having most fans – worth 2,000 Euros.

Moreover, by actively playing the game and keeping their virtual team up to date, the fans will collect game points and contribute to their fan club's game score. The fan club with the highest final game score will also be rewarded with 2,000 Euros.

Fan competition and more initiatives now at handballenergy.com
The fan competition will officially start on 5 February 2014 and will run until 5 March 2014.

All fans can enter for free by voting for their team in the VELUX Handball Manager game at handballenergy.com – and also find other exciting activities, such as a blog, pictures and vid-eos, and a chance to win exclusive VIP tickets.

The VELUX Group has been title sponsor of VELUX EHF Champions League since 2010.