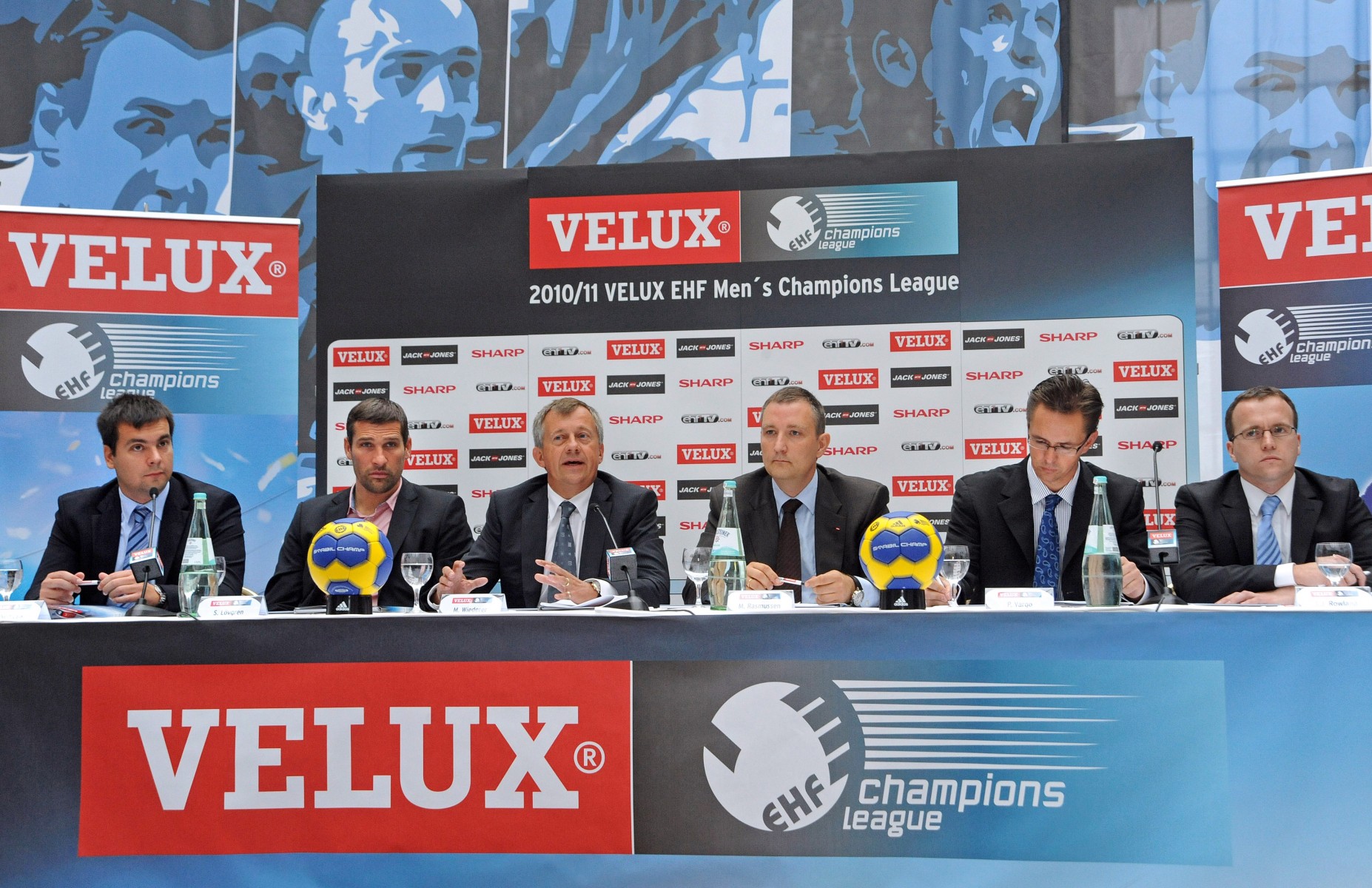 For the next three years, the most important European handball tournament for club teams will be known as VELUX EHF Men's Champions League.

The VELUX Group today signed a three-year contract with EHF Marketing GmbH as title sponsor for the European handball championship, to be known from now on as VELUX EHF Men's Champions League. The decision was made after a trial period this spring when the Group sponsored the finals of the 2010 tournament, during which it became evident how much entertainment value and media exposure this handball tournament generates.

"We are pleased to be title sponsor for men's Champions League and given that the tour-nament is covered on a number of our key markets, it offers an excellent opportunity for us to give our partners some memorable experiences in an action-packed setting," says Michael K. Rasmussen, Chief Marketing Officer of the VELUX Group.

VELUX EHF Men's Champions League involves 24 teams playing 148 matches during the season. The VELUX logo will be exposed to hundreds of millions European television viewers when transmission of the matches starts on 22 September. Apart from reinforcing relations with business partners by inviting them to the matches, media exposure is an excellent way to reach a broader audience and eventually connect with existing and future homeowners.

Shared values
Apart from being a major sporting event, the VELUX EHF Men's Champions League consti-tutes a well-developed commercial platform with a wide European reach. This is appealing for the VELUX Group as a market leading brand with a strong base in Europe. Handball at the highest international level also has a number of inbuilt qualities in itself.

A strong winning mentality and a determined team effort is the essence of this handball championship and it harmonises well with the VELUX Group's values and corporate culture. We are not in business to be average - but to be the best," says Michael K. Rasmussen.

As title sponsor of the round-the-world ocean race, VELUX 5 OCEANS for the second time, the Group is already an experienced sponsor. The new sponsorship complements the existing one with differences in geography, frequency and target groups.

"We generally aim to be an active partner when we enter into sponsorships and we look forward to a fruitful cooperation with EHF Marketing in our mutual endeavour to take this tournament to the next level," says Michael K. Rasmussen.

About The VELUX Company
The VELUX Group creates better living environments with daylight and fresh air through the roof. The VELUX product programme contains a wide range of roof windows and skylights, along with solutions for flat roofs. The Group also supplies many types of decoration and sun screening, roller shutters, installation products, products for remote control and thermal solar panels for installation in roofs. The VELUX Group, which has manufacturing companies in 11 countries and sales companies in just under 40 countries, represents one of the strongest brands in the global building materials sector and its products are sold in most parts of the world. The VELUX Group has about 10,000 employees and is owned by VKR Holding A/S, a limited company wholly owned by foundations and family.