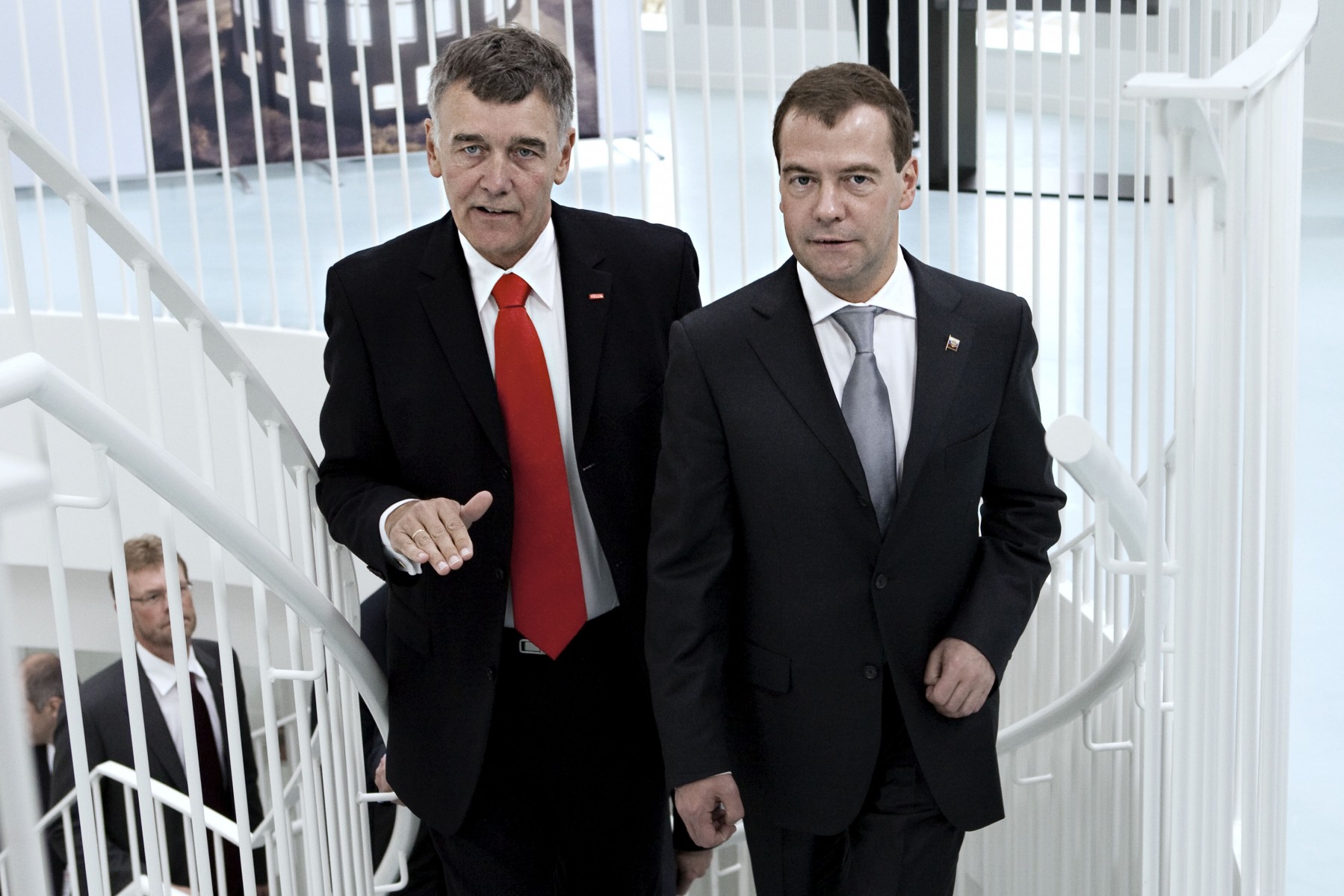 As one of the first concrete results for Danish trade and industry of the two-day official Russian state visit this week, President of the Russian Federation, Dmitry Medvedev, has decided to build his own Green Lighthouse in Russia. The decision was made the day after the President visited Green Light-house, a student service centre at the University of Copenhagen. At a meeting of the Commission on Modernisation and Technology Development of the Russian Economy, President Medvedev announced the decision to build the first CO2-neutral building in Russia based on Green Lighthouse in Copenhagen.

At his visit to Green Lighthouse on Wednesday, President Medvedev was given a guided tour of the building by University Rector Ralf Hemmingsen, Minister for Climate and Energy Lykke Friis, the CEO of the VELUX Group, Jørgen Tang-Jensen, and the CEO of COWI, Lars-Peter Søbye. President Medvedev showed great interest in the visionary design concept underlying the building and the entire visit was seen as a great success.

"We are very pleased to learn of the decision to replicate the carbon neutral energy design and its high standards of indoor climate and comfort in a similar project in Russia. As project manager of the Green Lighthouse steering group, the VELUX Group has offered to advise the Commission on Modernisation and Technology Development of the Russian Economy," says VELUX Group CEO Jørgen Tang-Jensen.

"This is a very fruitful outcome of what we felt was a successful presentation and it was an honour and delight to meet President Medvedev. Russia is facing a challenging transformation from fossil energy to the use of renewable energy sources and we would be pleased to share our knowledge about sus-tainable building with the Russian society," says Jørgen Tang-Jensen.

Green Lighthouse demonstrates that it is possible to construct buildings that are carbon-neutral while offering both fresh air and good daylight conditions. Furthermore, it shows that a climate-friendly building fulfilling the regulatory goals of 2020 can be built with the standard building components of today.

Green Lighthouse is the result of a public-private cooperation between the University of Copenhagen, the Ministry of Science, Technology and Innovation, the City of Copenhagen, VELFAC and the VELUX Group. The partners entered a working partnership in order to construct a new sustainable office building with optimal balance between energy efficiency, architectural quality, healthy indoor climate and good daylight conditions. In 2009, the partnership was presented with the innovation award for cooperation by the Confederation of Danish Industry.