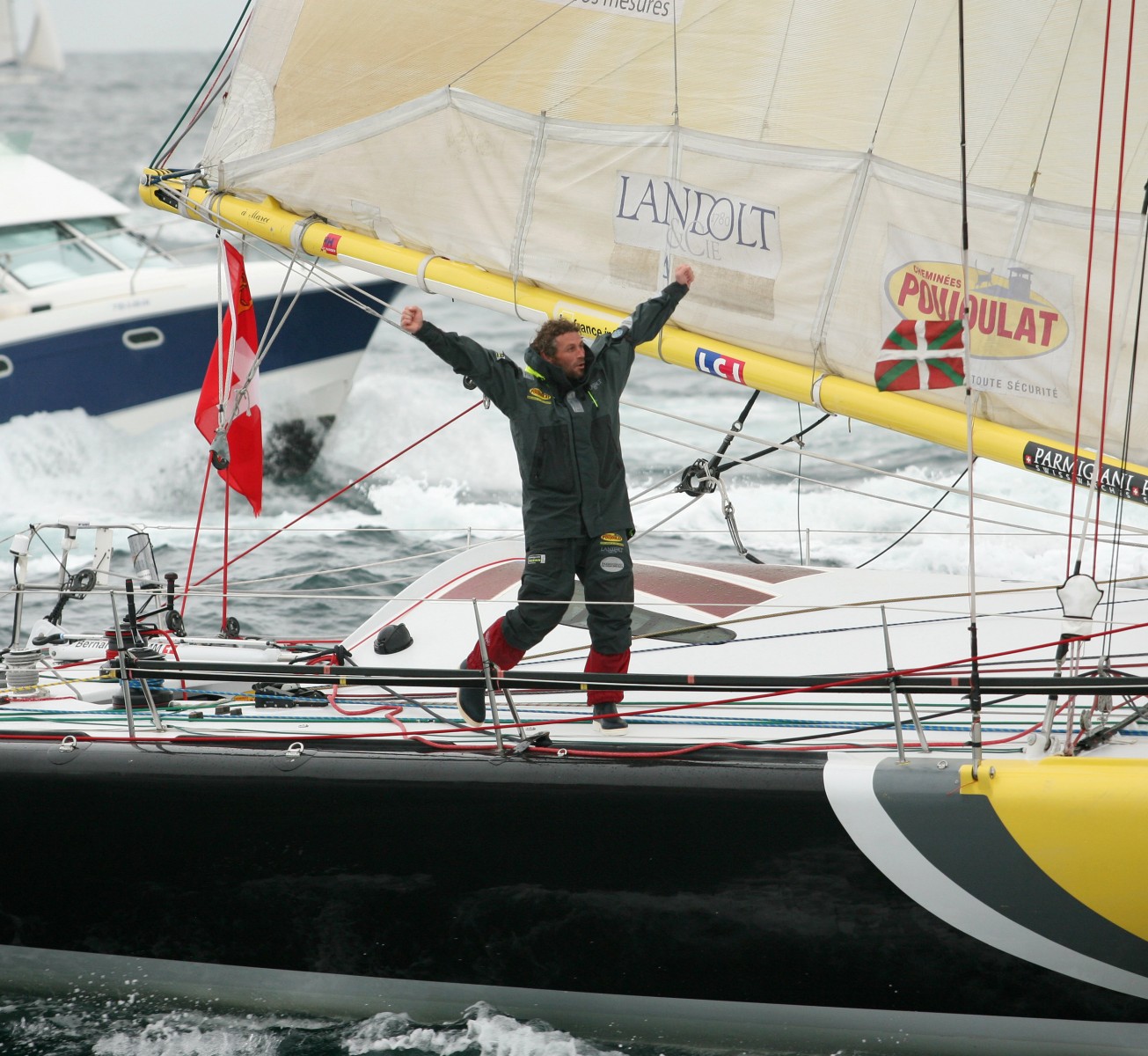 With victory in all three legs of the race and outstanding sportsmanship, Bernard Stamm wins the solo round-the-world race with the largest margin ever in the race history.

Today, Bernard Stamm is honoured as the race winner at the Port Getxo in Bilbao. VELUX congratulates Bernard Stamm for his outstanding sailing skills and his unique abilities to push himself and his boat, CHEMINÉES POUJOULAT, to the limits across all five oceans. Bernard Stamm reigned supremely during the race, winning the first two long legs of the race and now also the final two-week sprint across the Atlantic. An outstanding achievement of the Swiss skipper in "The ultimate solo challenge".

Unparalleled performance
From the very departure of the VELUX 5 OCEANS fleet in Bilbao October 22 last year, Bernard Stamm took the lead and has been leading ever since. Sailing through the worst weather conditions, suffering several breakdowns, he persisted without seeking port even once during the 103 days of sailing. Bernard Stamm's victory in VELUX 5 OCEANS will stand out as an unparalleled performance in the exclusive journals of circumnavigators.

- Bernard Stamm's performance in VELUX 5 OCEANS demonstrates our reasons for taking on the sponsorship of the 5 Oceans race. His victory is a result of perseverance and a strong will to set new standards and push the boundaries in healthy competition – the same qualities that we ascribe to the VELUX company spirit and our products. The winning spirit of Bernard Stamm has confirmed our belief in the sponsorship of VELUX 5 Oceans as a perfect match to our company values, remarks Marketing Director Michael K. Rasmussen.

While Bernard Stamm and Kojiro Shiraishi are being celebrated in Bilbao, the rest of the VELUX 5 OCEANS fleet is still struggling with light winds on the Atlantic. One skipper, New Zealand's Graham Dalton, has just sailed from Norfolk, USA – the second and last stop-over. Graham Dalton's participation in VELUX 5 OCEANS has become a personal mission to complete his second circumnavigation in memory of his son, who died last year from cancer. The battle for the third place continues between local Spanish hero Unai Basurko and the ultimate pioneer, Sir Robin Knox-Johnston.

World-wide knowledge about daylight and fresh air
The VELUX 5 OCEANS race carries an exceptional heritage within extreme sailing and also this year staged many heroic battles against the forces of nature. VELUX is proud to be the title sponsor of the race. The sponsorship of the round-the-world adventure is a perfect match to

VELUX core values – daylight and fresh air and it elevates VELUX ties with sailing to the highest international level. To sail single-handed around the world in all types of conditions is reserved for skippers and equipment out of the ordinary. Love of the elements, the fresh air, the wide horizon, and the will to persevere are characteristics of the five great sailors who completed VELUX 5 OCEANS 2007 and comparable to the VELUX brand values.

To find out more about VELUX and VELUX 5 OCEANS please visit:
www.velux.com
www.velux5oceans.com