A tribute to the light of La Rochelle 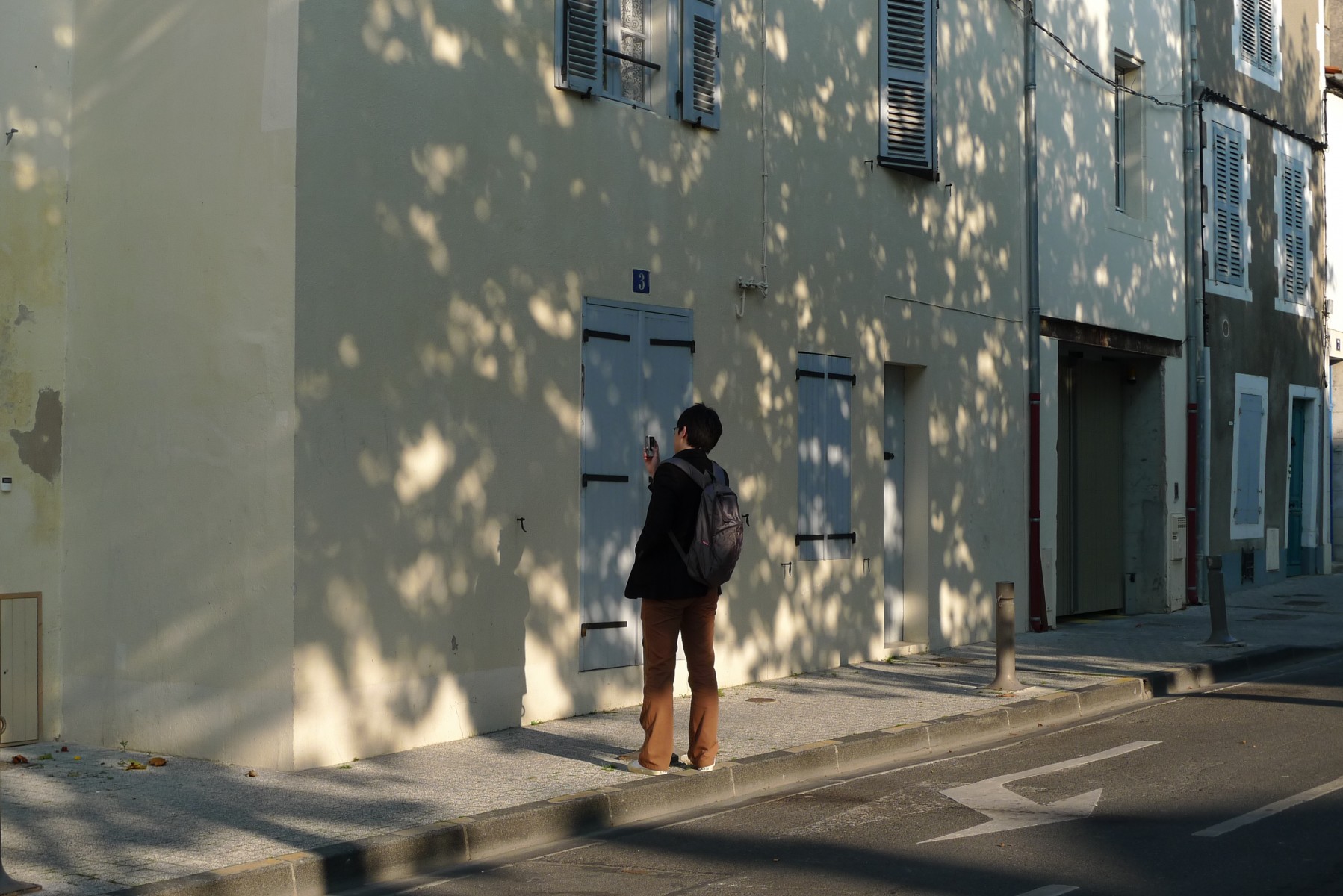 The light of larochelle

23 students, all winners and honourable mentions in the International VELUX Award 2010, met in La Rochelle to explore the light of the city.

For the first time, the light of La Rochelle has been experienced, sensed and captured by 23 students with different nationalities and from different cultural backgrounds.

With their senses sharpened and with individual experiences stored away, the students were equipped with a video camera and sent into La Rochelle to capture the space, changeability and materiality of the light at different locations in the city, in the ancient arcades, and by the sea. The task was to create a film together, supervised by the winner of the International VELUX Award 2006, Louise Grønlund.

"When we were planning the workshop, we believed it was very important that the students had a real and authentic experience of daylight. We knew that they had used sophisticated computer technology to complete their excellent projects on daylight and architecture for the Award, but in La Rochelle we wanted them to experience with their senses - see, feel, touch, smell, hear - and try to capture their impressions on camera. We planned the workshop as an experiment with no fixed solution and no final result, but with the process of exploring the light together as the central element," says Louise, who teaches at the Copenhagen School of Architecture and in summer 2009 started work on her PhD entitled "Light Space – the spatial potentials of the facade".

"It has been very interesting to observe the difference in perceptions of light from East to West. As one of the Chinese students noted, westerners tend to see light as a very concrete phenomenon, whereas the eastern perception is more abstract. For instance, focusing more on the reflections in water rather than on the water, the ocean, itself," says Louise.

Seeing light in a new way
During the workshop, the students have been working intensively in pairs, filming in the streets of La Rochelle blessed by hazy, autumn sunshine and meeting to discuss the film clips with each other and the instructors.

"The workshop is very refreshing and it is fun to explore daylight together with students from other countries. We have become aware of the light in the city and by the sea in a new way. It is great to meet and to be able to take home this film as a kind of souvenir of what we have done together," say Claire from Canada and Pompay from China, who filmed together during the two days.

"This new focus on light has been very interesting. We have noticed the differences in light and shadow, the movement of light, and details of architecture highlighted by light. We will definitely take this new awareness of light back with us," say Ieva from Lithuania and Won from South Korea, another duo who worked closely together during the workshop.

The value of working together
During the workshop the room was buzzing with discussions and enthusiasm.

"It is really nice to experience the students' mutual politeness and recognition of each other's opinions," says Louise. "They give each other room, listen to each other and engage in creative discussions. At the same time, we have seen a gradual improvement in the shots from the various takes, showing a better perception and understanding of daylight emerging."

The VELUX Group invited the students to the workshop to give them the opportunity to meet before the actual Award event, to delve deeper into the topic of daylight and to get to know each other by producing together a permanent record of their stay in La Rochelle.

"In previous award events, we have seen how much the students enjoy meeting and sharing their ideas about light. This idea gave the students a chance to meet and work together, and at the same time interpret the light of La Rochelle by creating a film together. It has been really interesting to see how the cooperation among the students has developed. By the end of day two they feel like a team, and I am sure that they will be happy whoever wins the prize tomorrow at the Award event," says Per Arnold Andersen from the VELUX Group.

The film will be premiered at the Award event on Saturday. The editing team will be working through the night to make sure that the five-minute film is finished, telling the story about the light of La Rochelle seen through the talented eyes of 23 students of architecture.

A tribute to the light of La Rochelle